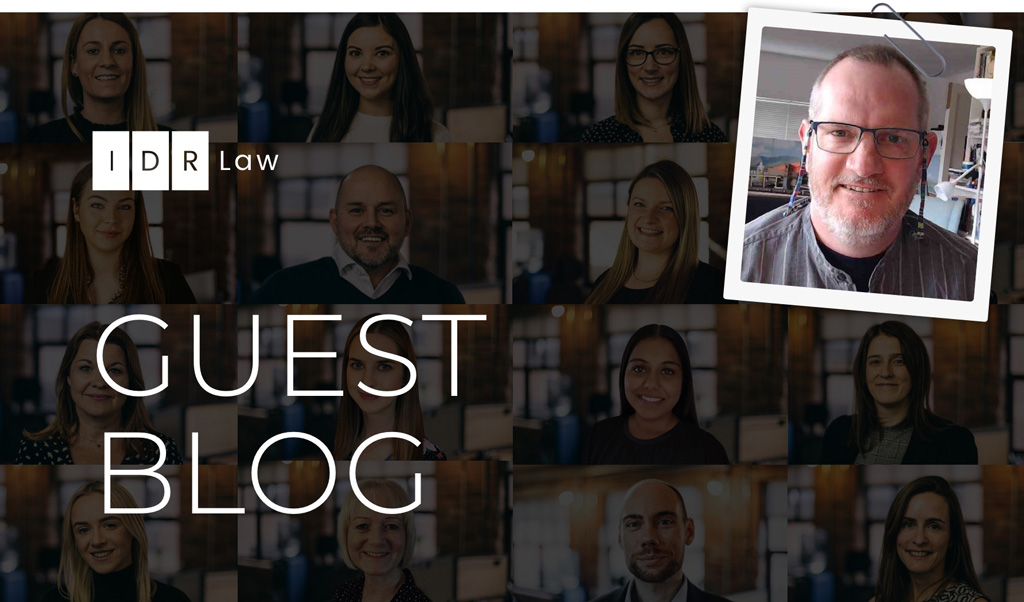 To mark the National Day of Reflection we’re sharing the thoughts of Rory Dalgliesh, a Methodist Minister in York. Born in South Africa, Rory trained for ministry during the end of apartheid. He has rich experience of working alongside people in all of life’s circumstances, as well as in community cohesion, social justice and reconciliation.

Rory spent 11 years as a chaplain to the University of York before moving to Haxby to serve a large church there, and to support inner city work in York. Married with 3 children, he loves unhurried conversations, going fast on a bicycle, and being up a hill somewhere in the middle of nowhere.

Rory is our first guest blogger – we thought it would be interesting to hear from someone who helps people say goodbye to their loved ones through funeral services and community support.

We knew Rory was willing to share some of his wisdom with us, but we were touched by how open, honest and poignant his story is. We offer thanks to him on this day as we reflect on the last 12 months and think about those we’ve lost and all those who’ve been affected by grief.

I don’t know how many funerals I’ve conducted in the past 25 years as a Methodist minister, at least 400. Each one had me sharing however briefly in the complex and intricate web of relationship, circumstance and personal legacy of a uniquely complex, wonderful and, like all of us, flawed and unfinished human being.

Last week I helped say goodbye to a friend, taken by Covid. Where we would have broken fire regulations squeezing hundreds into a church setting, only 30 of us could gather. At least we had a good length of time to spend together. Every other funeral I’ve conducted this past year, apart from a few at gravesides, has been in a crematorium setting with up to 18 people for 20 minutes, a doubling of the 10 minutes allowed outside under a gazebo for the first few months. It’s been a raw, uncompromisingly insufficient experience every time.

I know also how much work there is to do when someone dies, all of it intensely personal amidst the bureaucratic necessities and practical action needed. Sometimes I stay in touch with families for some time after a death, and I walk a bit of that path with them as I listen.

Most funerals are overwhelmingly shaped by shared sadness, a lot of gratitude, and a clear consensus to honour the dead.

Some funerals are harder than others; a child, a suicide, a tragic or cruel death.

Some funerals are made difficult by unfinished business in a family that boils over in ways that are seldom constructive, or that help people to move on with their lives. Almost always that centres around inheritance, and inheritance as set out in a will that is interpreted as unfair, dismissive of some people, rewarding loyalty in life as measured by the deceased, the list goes on.

There have even been a few fists flying in church or pub or hall. I had to call the police on one occasion, and an ambulance for the widow at the same time. I’ve heard eulogies that strayed into blunt accusation and crude insults towards parts of the family sitting in a church, even towards the deceased, venom and pain directed at a decorated coffin. Some will stand outside, come but not take part.

I sat with a man in his dying hours in hospital once, with him weeping over his four sons who would not end a bitter feud. They carried his coffin into church, together for the first time in years, ashen-faced, grieving, still bristling in the impossibility of being together with their father ever again.

Grief, which is itself very complex, amplifies already strong feelings or awakens them in the light of a will, or a judgment in the absence of a will. Things hidden, things buried, conversations put off and now impossible to have; these all make the grieving, and the time that it takes, a very bumpy and often bruising road. Anger is common, and relationships are set on new courses by the way that anger is held, expressed and heard.

In the aftermath of each unique life lived, and the legacy in relationship and property that remains for those who have to sift and sort those, much care is needed, and wise counsel can make a huge difference.

My own mother will have nothing to do with me, or my family. We’ve fallen short of some measure in a way she will not spell out, and so cannot address, especially because we’re in different hemispheres. I have been left in no doubt that we are not in her will. It favours my sister and her family, through no fault or choice of hers. I know that as I write I am at peace with that, but I can’t say honestly how I will feel when the news arrives that she has died, and my sister’s circle probably receives what there is to inherit.

I know I won’t resent my sister at all, and also that all of what my mother has is hers to leave according to her wishes, but it won’t be an easy thing to reconcile.

I’ll need to think and feel my way through it, and I’ll need the wisdom and listening of good people. It will take some time to put to bed inside myself, because that backstory is as old as I am, and 50 years is a long time.